That’s what I found oozing out of comments to a story on BBC headlined ‘May woos Africa after Brexit…’ or something. Nicely written piece by ex-NTV boy Larry Madowo.

Was it the frustration of Brexit that was making the Briton’s to regard an entire continent (54 nations) with so much contempt? Heck, their PM visited just three countries!

But a hostility of similar intensity also flew out of American keyboards when President Uhuru Kenyatta visited the US a day or so before.

Pray, tell me, Westerners, why?

Is it because we have refused to be vanquished?

Is it because we are getting stronger each day?

Or that we still sing, dance, laugh despite our poverty?

You just can’t fathom how we don’t harbour gripe towards you despite all the horror you have visited upon us over the centuries, can you? More so, when you are able to hate so much, yet you are not the victims.

Your ancestors enslaved ours, then dimmed our sunshine, but we lit it again. Any other race would have become extinct by now.

But Africans are a special people. And here, in three parts, ‘The Sun Shone Bright‘… ‘A White Darkness Engulfs‘…and ‘The Sun Shines Again‘, is why:

And… The Sun Shone Bright

CONTRARY to what your governments –and historians who suffer from selective amnesia –have made you believe, AFRICA was not an uninhabited jungle when those very first ancestors of yours lowered their sails on her shores and dropped the anchors on her beach for the first time. It was a thriving region, full of well organised, highly efficient civilisations, kingdoms, empires; a place where the sun shone bright…

Marvel at the organisation of the Nok culture in Nigeria for example. These folks were forging iron by, get this, 550 BC, possibly earlier. 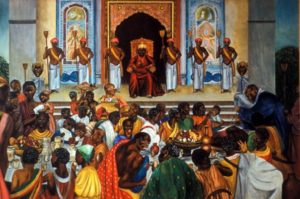 And we did understand Finance. This is Salaga, a major trading town in Ghana a few centuries ago.

In Ivory Coast, Juula traders transformed Kong into an African international market for the exchange of northern desert goods. 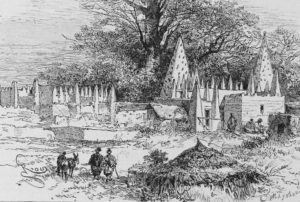 We’ve always had some amazing architecture. Like Djenné, the oldest known city in Sub-Saharan Africa situated on the floodlands of the Niger and Bani rivers.

The Musgum people of Cameroon created these beauties using compressed sun-dried mud and mathematics. Called Cases Obos, the conical profile is that of a catenary arch— the ideal mathematical form to bear a maximum weight  with minimal material. 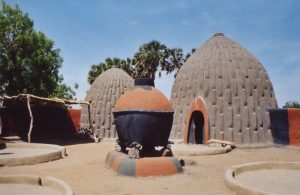 Mud brick architecture dates back to 250 BC and produced this elegance in Sudan. The wood beams jutting from it are used to continually add new mud plaster to renew the structure. 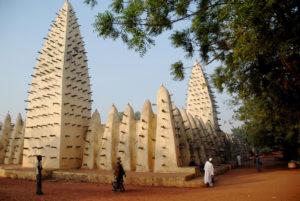 And these structures were occupied by real life, air-breathing people. Like these gorgeous Yoruba women. 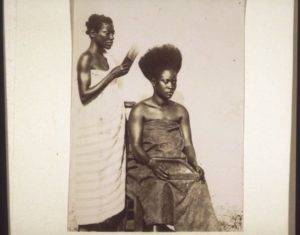 …as pretty as this Zanzibari stunner 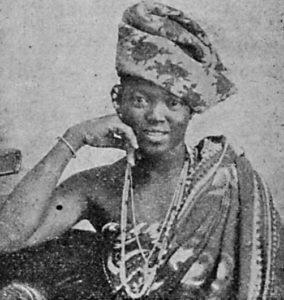 …a people who valued family 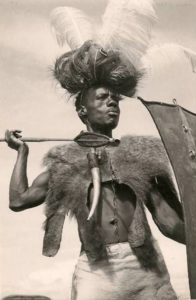 …or this Shaka Zulu warrior! 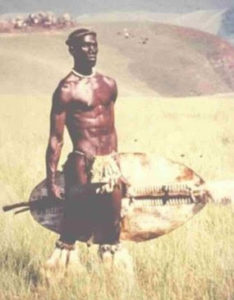 Of course, we had our neighbourhood feuds…

…but they did not diminish our joy, because we were a people who loved to sing! 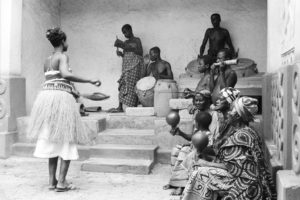 A people who have always welcomed guests… 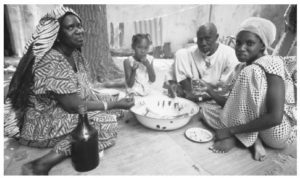 …and some more dancing!

And so with open arms, our ancestors received the Arabs when they landed on the African Coasts

Who promptly thrust them in chains

And shipped our strongest to build Europe and Americas… 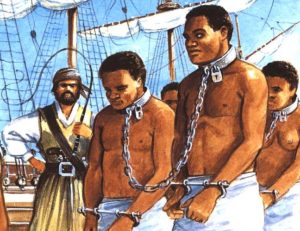 …and get humiliated with public whippings while at it 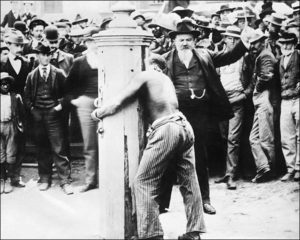 Because these pale-skinned masters had a flattering sense of humour

But the continent still sung, danced… 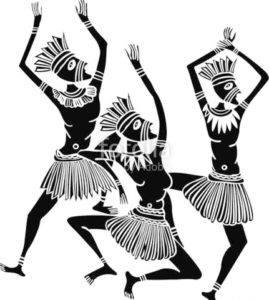 …it was a happy place 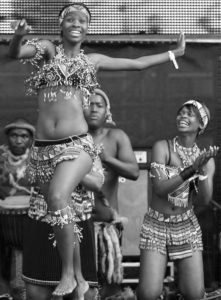 …one that minded its own!

The gene pool showed no signs of weakening… 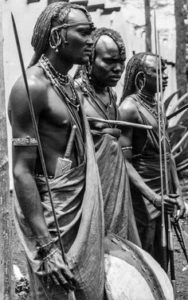 …And that terribly confounded the white man 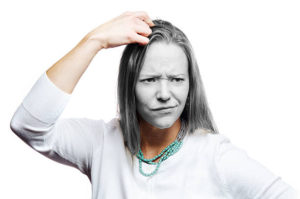 So he unleashed plan B… in which ‘a white darkness engulfs‘ the continent. (To be available in a few days. Follow Moretegs Facebook Page and get notified when content is up). 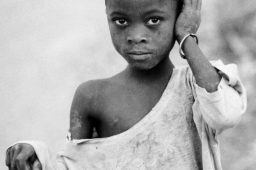